Steve has received many professional accolades over the years. He was Chairman of the Workers’ Compensation Section of the Florida Bar in 1982-1983, he was the first recipient of the prestigious W.L. “Bud” Adams award in 1985, an award which was created “to recognize those who had performed outstanding and selfless service in advancing the philosophy and practice of the workers’ compensation system” and he has been an adjunct

professor for his alma mater, Florida State University College of Law, teaching a workers’ compensation course in the 1990s.

More recently, Steve has been recognized in Best Lawyers in America since 1995, and was named to the College of Workers’ Compensation Lawyers, a prestigious national recognition. Most recently he was elected as president and charter member of the Workers’ Compensation Hall of Fame – one of only 17 lawyers, judges and industry individuals to receive that honor as part of the charter class.

Professionally, Steve considers his biggest two achievements as the building of his defense firm and the expansion of the Workers’ Compensation Educational Conference. The firm grew from a small workers’ compensation specialty firm into one of the most experienced defense firms in Florida. The firm is headquartered in Orlando, with offices in Tampa, Sebastian and Ft. Lauderdale and concentrates its practice on insurance defense and workers’ compensation defense. The firm’s 70 trial lawyers handle legal disputes ranging from small to multi-million dollar cases. The firm was recently selected as one of only 18 firms in Orlando and 193 firms in the entire state (out of over 22,000) to be recognized in “Florida’s Top Ranked Law Firms” by the Wall Street Journal in conjunction with Lexis Nexis/Martindale-Hubbell. 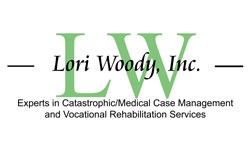