J. David Parrish graduated from Mercer University Law School in 1971 and began practicing workers compensation representing Claimants and has continued as a Claimant lawyer since that time. His firm was initially Hurt & Parrish PA. and then became Parrish & Smejkal PA. and is currently Parrish Law Group where he is in partnership with his daughter, Deanna Parrish Bichler. He is also of counsel with his son-in-law Geoff Bichler and can be found on the Bichler Law Website, www.bichlerlaw.com.

He graduated from Presbyterian College in 1962 and worked as an adjuster with Crawford & Company until he went to law school. Since graduating from Law School in 1971 he has also earned a Master of Science Degree in Psychological counseling in 1989 from Nova University and an MBA from Crummer Graduate School Rollins College in 1993 He currently is an adjunct professor in the Legal Studies program at the University of Central Florida. He is a 2012 inductee into the Florida Workers Compensation Institute Hall of Fame. 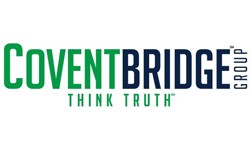