For more than 30 years, Gerald A. Rosenthal has aggressively represented claimants in workers’ compensation matters. Gerry has attained statewide recognition as an accomplished and knowledgeable attorney. Having dedicated his entire career to protecting the rights of severely injury individuals, Gerry developed the Catastrophic Injury Trial Team (“CITT”). The team is dedicated to representing injured persons with life threatening illness or injury. Gerry Rosenthal began his legal career serving the needs of organized labor. He is now widely noted for his representation of “first responders”—police, firefighters and emergency medical technicians. As a result of their employment these workers are sometimes exposed to infectious diseases such as Hepatitis “C”. Gerry Rosenthal was the first attorney in Florida to successfully try a case of Hepatitis “C” contracted in the workplace. He has compiled a noteworthy reputation for representing victims of severe trauma, toxic exposures and other catastrophic events. His clients hail from construction, maintenance, roofing, farm and field work, and other high-risk, high-incident professions and trades. Gerry Rosenthal states, “The most important elements of our legal system are fairness and equality. In representing my clients it is a privilege to use my ability and resources to level the playing field for them.

A Lifetime of Commitment

After serving in the U. S. Army and earning his Juris Doctor degree, Gerry began his legal career in Miami in 1973, the same year he was admitted to the Florida Bar. He has also been admitted to practice in the U.S. District Court (Southern District), the 11th Circuit Court of Appeals and the United States Supreme Court. Over more than 30 years, Gerry Rosenthal has advocated tirelessly on behalf of injured workers in Florida. For his outstanding leadership he was honored with the W.L. “Bud” Adams Award “for advancing the philosophy and practice of the workers’ compensation system in Florida.” Gerry has twice received the Golden Eagle Award from the Florida Justice Association for “exemplary leadership.” He was also presented with the Friends of 440 Award in recognition of his “outstanding service to the field of workers’ compensation.” 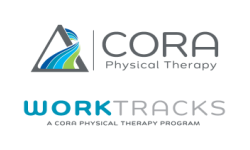