S.K.I. Investigations is sad to announce that at 10:20pm on Thursday Dec 3rd, 2020 we lost not only an amazing human being but a friend of mine for over 25 years. Thankfully his family was by his side and he was able to pass free of pain and surrounded by love.

I would like to share a little bit about the man I cared for so much but let’s face it 25 years of memories is a lot to share so ill be as brief as possible. Those that new Terry and based on the outpouring of prayers we have received for his family it was many, you knew he was hilarious and always could make people laugh.

Terry started his career as an adjuster with State Farm before moving in the investigative arena working with Beymer and Bond (an oldie I know) that’s where he and I met for the first time. I was an investigative supervisor, and he was in marketing but we shared many corporate trips together and it was the young buck (me) and the godfather (him) all the time together. We talked constantly on the “Nextel” remember those, yep, so much so management was frustrated they could never get through to either of us. After many years Terry decided to move on to Facticon, another oldie, and I moved into marketing with Beymer and Bond who was then acquired by Gallagher Bassett. Ultimately, I opted to open S.K.I. and it was a natural to bring the godfather along and immediately Terry was stricken with stage 4 cancer – he moved his whole family to Seattle and after a year and half he was well enough to come back to work. Over the past 20 years as an employee and friend of mine Terry was always there for me. In those days I tended to take things to the extreme emotionally and Terry was always there to be the voice of reason as he was always positive and always able to see both sides. Don’t get me wrong there were times when I needed to crack the whip on Terry for this or that – but we had a mutual understanding between friends and work and that is very unique to be able to keep that separation.

As I sit here to write this with tears in my eyes and pain in my heart for a man that has been through everything with me since I was 25 years old – seen me grow into the man I am today, watched my children grow up as I watched his grow to have grandchildren – amazing to know someone that long.

To say I will miss the talks and advice he gave me for the past 25 years would be an understatement and the loss I feel is tremendous. I cannot imagine what is wonderful wife Cindi is going through but thankfully she is surrounded by family and love while dealing with this horrible anguish.

Many have contributed to the go fund me page we have established and that has been amazing – if you choose to do so that is fine, here is the link.

I would love for the WCI community to setup something so that a man like this is never forgotten because trust me he was one of a kind and he will be missed – though I cherish the opportunity to get together again as a community I fear the tears of all that will miss him. 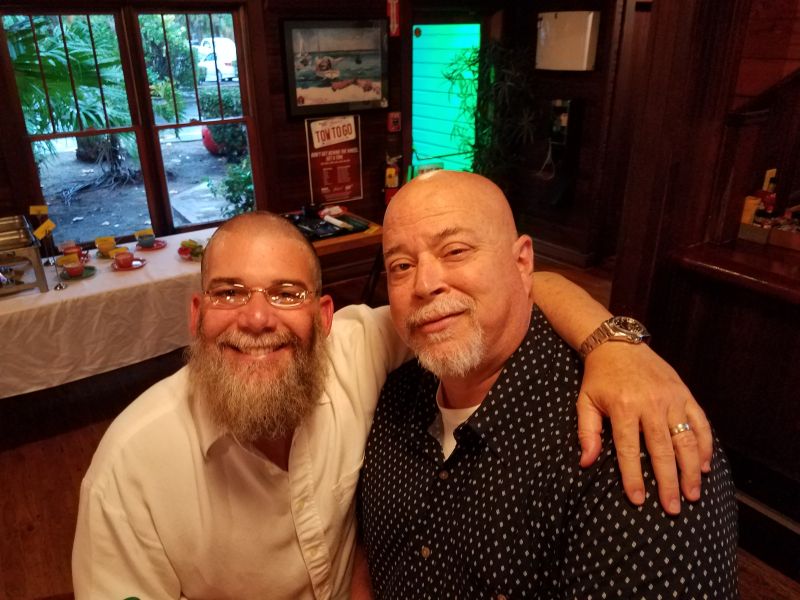