When an injured worker presents to a medical professional with symptoms that don’t match their diagnosis, or seem “exaggerated”, what is the expected plan of care? How do you determine which symptoms are sincere? Which limitations are valid? What is an appropriate treatment plan? And how many diagnostic tests do we allow? As medical professionals, how do we identify injured workers that present with symptom magnification and what is the best course of action?

In order to answer these questions we must first define symptom magnification and explain the difference between magnification and malingering. By medical definition, symptom magnification is the conscious or sub-conscious behavioral pattern where the individual’s subjective reports of symptoms are inconsistent with the known impairment. The individual exhibits tendency to under-rate their abilities and/or over-state their limitations, however it does not imply intent. Malingering is the term used when the magnification is both conscious and intended for a variety of secondary gains such a financial compensation; avoiding school, work, or military; obtaining drugs; or getting lighter criminal sentences. Malingering is often tied to fraud; whereas symptom magnification without the goal of a secondary gain may just require a deeper interaction between the medical professional and the patient to determine the cause of the behavior.

In order to determine symptom magnification all injury evaluations should initially determine if subjective complaints correlate to impairment. If there is questionable correlation then the medical professional should perform distraction based testing for under-rated functional limitations and compare pain questionnaires to reported and tested function to determine inconsistencies. When symptom magnification is identified, however not associated with malingering, then the goal should be to overcome that behavior. Symptom magnification is most often identified with the following risk factors: low job satisfaction, monotonous/repetitive work, lower education level, adverse employee-employer relations, recent/new employment, frequent lifting, and ongoing litigation or multiple claims. These risk factors in conjunction with the injured worker struggling to be heard, having a hard time coping with the pain, or struggling with the loss of function may lead to exaggeration of symptoms. It is essential for the medical professional to disarm the fear that leads to magnification of symptoms and arm the injured worker with knowledge of the recovery process so that they can improve their potential for successful recovery. When an injured worker is committed to his/her rehabilitation the success rate increases exponentially.

The worst reaction a medical professional can exhibit when confronted with positive symptom magnification is lack of empathy or frustration with subjective complaints; rushed appointments with minimal time to listen to the patient; and not explaining the recovery time, the process of healing, and the expectations for pain, edema, and gradual improvement in function. When a worker gets injured, just like any other injury, the initial reaction is fear. However the difference between an injured worker and someone who injures themselves when not working is the ability to guide and determine their medical treatment. An injury that does not occur at work allows the injured to make all treatment decisions, whereas the injured worker is told which doctor to see, when treatment is authorized and which medications they are approved to take. When a person has to give up control many times they feel unheard. Although the medical professionals chosen for the injured workers are often the best in their field, the choice of provider was not made by the injured worker and therefore preconceived notions of “not being in their best interest” are often formulated. If this is in fact the belief of the injured worker then the goal is to disarm and engage from day one. However, often this is not the case and therefore their need to be heard is compounded with each and every medical choice that is made for them.

Physical therapy is often the easiest place to disarm and engage due to the frequency and duration of the rehabilitation process. As opposed to having a monthly appointment with the physician, the injured worker may attend therapy 2-3 times a week for up to 8 weeks depending on the extent of the injury. If the therapist can disarm any fear or need to exaggerate symptoms during the initial evaluation while including the patient in their treatment plan and goals, then the road to recovery can be fast and the ability to return to work is improved. This commitment to the injured worker’s recovery by the therapist allows the patient to commit to their care each and every visit and trust the rehab process. Without the commitment from the patient and the understanding of realistic expectations there is a risk of delayed or prolonged recovery.

In addition to physical therapy, all medical providers can help overcome symptom magnification by acknowledging the subjective complaints, hence putting more weight on the objective findings and test results. It is vital for the medical providers to listen to the injured worker’s concerns and then have a discussion about the expected symptoms that correlate with the diagnosis and the normal course of treatment. It is important for the medical provider to be the authority and expert, and direct the plan of care. When patients are given the expected rate of recovery and have reasonable expectation of residual pain while feeling heard, they are more likely to accept the process and return to work when able to perform the essential job demands safely; even if they are not yet at prior level of function or without pain.

When symptom magnification is unable to be overcome, the medical providers must maintain the appropriate plan of care, limit discussions of exploratory surgery, avoid multiple diagnostic tests, and limit continued treatment. Continued evidence of symptom magnification with no evidence of objective findings should be result in rapid assignment of MMI and release to work.

With a goal of return to work, all barriers to rehabilitation should be identified including symptom magnification. And when the barrier has the potential to be overcome then it’s the responsibility of the medical provider to acknowledge the limitation to recovery and make every attempt to eliminate or reduce its role in the patient’s treatment. By listening to the injured worker, disarming and engaging them, and allowing them to commit to their recovery, one can facilitate faster discharge to work and back to function. 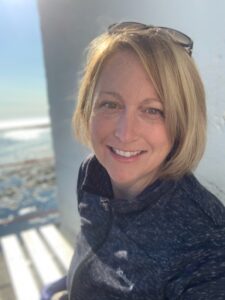 Jaime Sigurdsson graduated from the University of Florida with a BS in Exercise Science. Jaime has worked with CORA for over 19 years and oversees CORA’s WorkTracks program.